The woodcarving tradition in Val Gardena goes back to the beginning of the 17th century.

At that time, the local population consisted mainly of farmers who spent the cold winter months carving useful tools such as kitchen utensils and other implements that would facilitate their work in the field during summer. In time, carving was an opportunity to give shape to individual impressions, beliefs and life stances. So that’s how some of the farmers became so passionate about woodcarving that they turned their passion into a job, honing their skills and perfecting their techniques.

What had started as a small endeavour around 1600 had become a main trade at the end of the 18th century for many people in this Dolomite valley. The establishment of an* art and design school*, the construction of the road of Val Gardena as well as the establishment of a sales cooperative all contributed to the overall improvement in the valley.

This is how Val Gardena started producing beautifully intricate pieces of wood sculpture such as crucifixes, Madonnas, nativity scenes, angels and other religion-themed figurines, which made the valley’s artisans renowned far beyond the valley borders.

Today, the local woodcarving art is richly diversified, partly thanks to modern technologies, with artworks ranging from baroque sculpture and religious figurines to abstract, contemporary pieces. 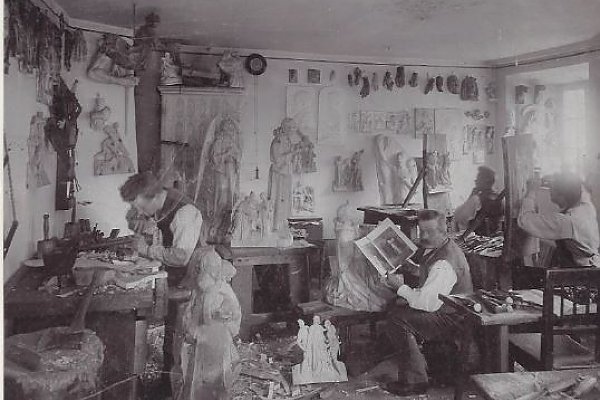 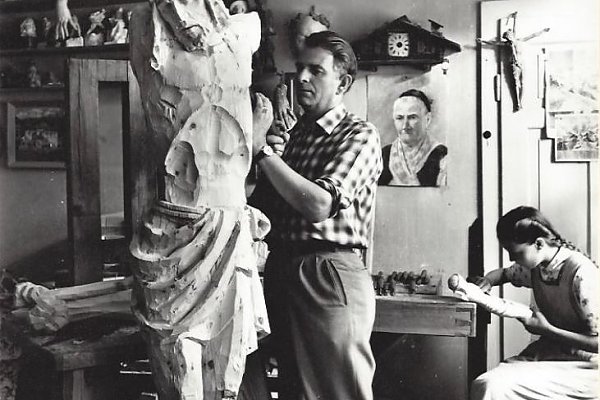